My upstairs neighbor is getting laid. This will make the third time in Portland that I have lived in a place with walls thin enough to hear people cough. Of course I am going to hear them fuck!

The fact that we are all staying home more due to the Corona virus doesn’t help with the privacy factor. I work from home and I am self isolating at home. Leaving only for food, weed, and the self service station at the post office.

This means I see the patterns of my neighbors lives in a way that would have not been apparent to me pre-Corona virus times. 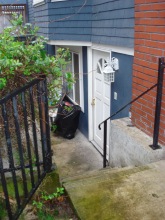 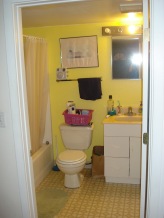 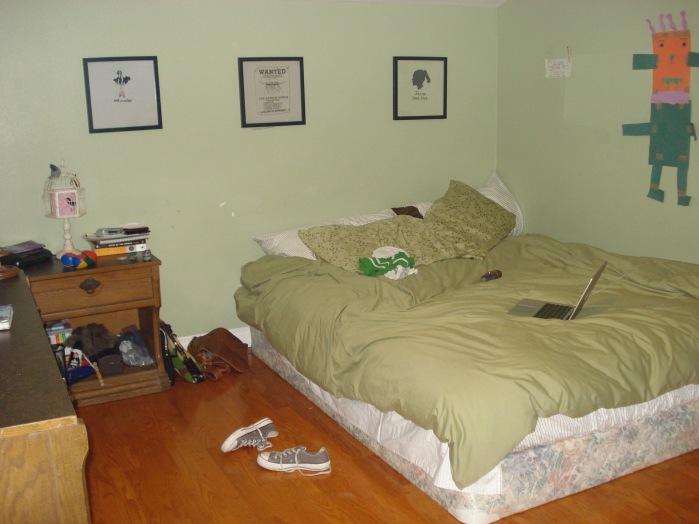 The first time I couldn’t escape was when I first moved to Portland, Oregon. I moved into a basement apartment. A family had turned the basement of their home into a 3 bedroom rental situation. Only one of the bedrooms had a bathroom in it. Each bedroom had its own locked door. I shared the other bathroom with the third roommate. Otherwise we shared the kitchen and the living room.

The roommate with the bathroom in his room turned out to be into the BDSM lifestyle. He was a Dom. He had many Submissives. At one point, I think I saw a different girl every day for 5 days in a row. He didn’t discriminate. The women came in all shapes and sizes. Gotta give him credit for that. It was just all the sex noises. How would you like to be constantly woken up in the middle of the night to loud fucking sounds?! I would yell through my wall sometimes – ” for the love of god, please just turn on some music”

I rather be woken up to music than the sounds of his fuck session. One time the other roommate and I sat outside his door at 5:00 a.m. and made loud fake sex noises of our own. That’s was fun! We laughed so hard for months. Another time, I was walking in the door from a long hard day of work, just to be met with the sounds of the Dom at it again. I yelled again for music.

I realize sex is a part of life. It is natural. It is fun. Where does the line get drawn when the walls are thin and it affects the people you live with?

Eventually I moved. Fast forward 7 years later…. I move into a studio apartment- by myself. I am excited to live alone again after not being able to do so for four years. I moved into a building with 8 apartments. I met one of the neighbors right away, a nice younger couple that have been in the building for eight years. I had not had the opportunity to meet the person who lived above me before I “heard” him. One weekend was especially bad. I couldn’t sleep because all I could hear was his music. It wasn’t obnoxious however I could sing along with the words of the song playing. If I am unable to sleep because the music is too loud, we have a problem. Second to bodily pain, nothing makes me grouchier than lack of sleep. It was about 11:30 p.m. when I started banging on the ceiling with a broom. No change made. Around 2:00 a.m. I plugged my Goal Zero external speaker into my cell phone, turned it up as loud as it would go with electronic music and placed it on the highest surface I had facing the ceiling. No change made. Normally I would have a conversation but here it was in the middle of the night, I was naked, I had been banging on the ceiling and playing loud music with no results. I was mad. I couldn’t even entertain the visual of a conversation. When the sex noises came at 5:30 a.m. I found a YouTube clip to play to let them know I could hear them – I rather hear this than the neighbor

I didn’t have to deal with it more than a couple months because he moved. I live in a great location therefore it didn’t take long for a new person to move in. This time I made sure to introduce myself right away. There was a gentlemen helping her move which she said was just a friend. I wanted her to know the walls are thin and if there was ever a time my music was too loud, she could give a friendly bang or text me and I would turn it down. I was wishfully thinking it would translate into her being aware ALL sounds can be heard through the walls.

Everything was going along nicely….

Until the sex noises started. FML. I wasn’t going to play the sex noises in retaliation. I didn’t want to change the dynamic of our friendly relationship. I dealt with it. It started to become more frequent and I found myself in the same situation. I rather hear music than the sounds of other people fucking. This Michael Jackson song is a great distraction – It is six minutes long, which is plenty of time for my neighbors to wrap it up. I really like it which means I get into it and can forget for a few minutes that I am bothered.

After listening to it a handful of times, I think I need to switch up the song. There could be the potential for miscommunication. Wanna be Startin Something? LOL

Do you have a suggestion for me? I need a couple go to songs. In the moment when I am scrambling, my mind can go blank and then I reach for MJ. I have mixed feeling about MJ after watching the Neverland Documentaries.

Do you think it’s rude of me to turn up music to drown out the sex noises coming from my upstairs neighbor? Is it reasonable to say that since I am the only person I can control, that I am making the necessary adjustment for my comfort?

I am not entirely sure which side of the coin I land on. I do know that I just want to get to sleep peacefully. In a nice, dark, quiet, and cold room. Where you will find me naked. Puhlease don’t mess that up for me unless you want to be drowned out with song.

2 thoughts on “The Sounds of Fucking”