There are a few things I would like to do before I die and going skinny dipping with other people is one of them.  It doesn’t have to be a lot of people and it doesn’t even have to be in an epic place (although that would be preferred).

You know – somewhere magical, like the Dead Sea or the Maldives/ If it’s not going to be epic than at least let it be warm!

I came close once to accomplishing this goal when I was twenty one.  I was in Enid Oklahoma.

I traveled there with one of my Air Force buddies who had graduated from the Academy and was assigned to go to pilot training at Vance AFB. I thought it would be fun to road trip with him, stay for the weekend to hang out, see some mutual friends, and then fly back home to Colorado Springs. I might have changed my mind had I known the heater in his car was broken, stuck on hot, and would be for the entire drive up there.  The only way to survive was to not wear many clothes and have those windows rolled down.  When I look back now, it is a fond memory. It makes me laugh and fills my heart with love. At the time though, it wasn’t so much fun. Quite painful actually.

I knew it was going to be an interesting weekend.  How could it not be since I  would have to see my ex boyfriend. The one that broke up with me after 2 years of dating since he wanted to be a pilot and moved to another state to go to pilot school. He also graduated from the Academy and was at Vance AFB.  He is the reason I know all these Air Force men.  I was not looking forward to seeing him however I was looking forward to seeing  an old roommate of mine. She was in town visiting her Air Force boyfriend.  They decided to do the long distance thing, which is rare.  When men get ready to graduate from the Academy, they are given a lecture which includes some advice about their significant others.  They are told they their lives are about to change in a big way.  Their new lives will be filled with a lot of moving and the only way to have their girlfriends come along is to marry them.  They tell them to either marry or break up.

The grass isn’t always greener. Even though my old roommate’s boyfriend decided to try long distance thing, he then preceded to cheat on her while he was away.  I happened to find out this information and I am a girls girl so I told her.  She was able to find some evidence on her own that confirmed what she heard. This information is devastating! Which she was for a little while and then married him anyway. I think it is because she said she would only have sex when married and she gave him her virginity. P.S I went to that wedding, it wasn’t fun for me ( a whole other story ) and now that I am thinking about all this….. I wonder if they are still currently married??

Back to the almost skinny dipping:

I went out that first night we arrived and got terribly drunk. Running into the ex boyfriend didn’t help the drinking cause. I am not a big drinker nor do I handle alcohol well. I am a much better stoner and there was no pot to be found around all these military kids and on base. So drinking it was!!

There were lots of cute boys around and I found one of them interesting enough to hang out with for a while. At the end of the night, he invited me to go back to his place with some of his friends.  His friends also brought along girls.  There we were six of us total. Three guys and three girls. They were all strangers to me.  I don’t know how it got suggested we take a dip in the pool… 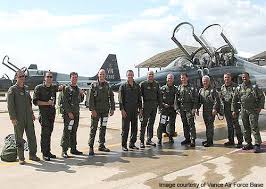 I watched everyone else strip down. They seemed to be enjoying the spontaneous moment.  They weren’t insecure enough to be worried about their bodies. They just seemed to be having fun.  I wanted to have fun.  Boy was I torn. I ended up stripping down to my bra and panties.  Comments were made about how a bra and panties is a lot like a swim suit and therefore I wasn’t being very risqué. I wasn’t and that would just have to be okay.

Everyone was having so much fun that it caught the attention of the Military Police.

Swimming didn’t last long and soon we found ourselves with flashlights shinning on us and commands being shouted at us to get out of the pool.  They lined us up and wanted to see ID. I didn’t have ID with me. That didn’t settle well with the police.  You should have heard the way they asked me questions. What was I doing there? Who did I know? Why would I come out with strange boys as a young girl? What was I thinking?  Did I know how much trouble I could be in..

Thank goodness the guy I came with piped up to claim me. In hindsight , it probably cost him more punishment.

Regardless, the moment was over and it was time to take my soaking wet self back to my buddy’s house. As I crawled into bed, I mumbled a few words to explain the wet clothes and told him I would tell him more in the morning.

This has been the only time I have come close to skinny dipping.  Did I miss out?  Why is so hard to be in your body in a vulnerable way with others when they seem to be at more ease with the moment? I know that people do the best that they can in any given moment. I also know it is important to always be comfortable.