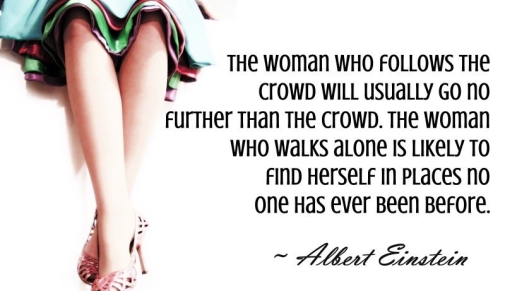 You go out and do things alone. Yes, all by yourself (with other people) (that you don’t know) so it’s like you are by yourself anyways.

Is it awkward at first? Yes

Does it make you interact with the world in a way that you wouldn’t if you had a friend with you? Yes

Do you get used to it? Yes

Will it eventually be something you look forward to? Yes

This alone thing is liberating!

I started small by :

Why should I have to miss out on all the adventures I want to have because I can’t find anyone to come along? 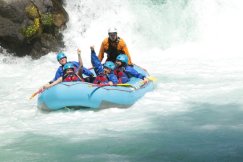 Recently I went white water rafting alone. It was such a fantastic Saturday that I feel inspired to plan more adventures to do by myself. Next will be the Downwind in Hood River on a SUP board.

Doing things alone this year is easier than it has ever been before.  Many events and meditations have brought me to my current understanding and comfort level for solo adventures.  In 2013 I had a major realization while I was in Maui, Hawaii.  I went to visit a new friend that was going there for the season to work on a boat.  The boat would give whale watching/snorkeling tours.  I would get to be on the island for 10 days. I had never been to Hawaii before and I was very excited!! 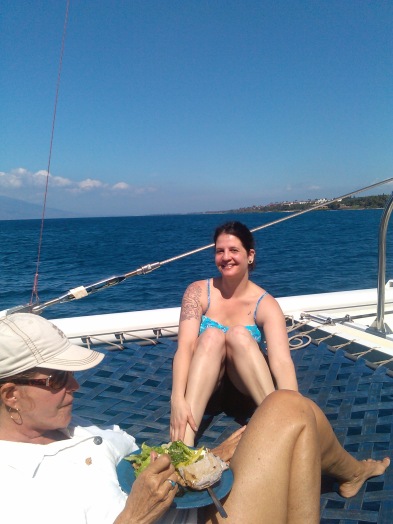 What I did not realize about this vacation was that she was in the beginning passionate throes of a relationship and I would be the third wheel. I am no stranger to being odd man out however I was not very practiced in the art of doing things alone and I was looking forward to some quality time with a girlfriend.  She had to work a lot during my time there. When she wasn’t working, she was hanging out with her boyfriend and me.  I did not like her boyfriend which added to the disappointment.  My first day there, I did get to go on the boat she was working on for a whale watching tour. I saw so many whales. Everytime someone had a sighting they would yell it out so we all could catch a glimpse.  Breach- 3 o’clock 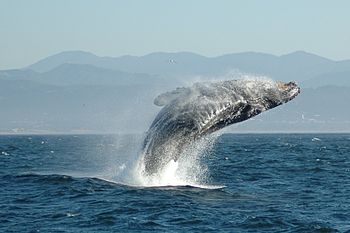 Before the boat trip started, I should have followed my friends lead with the sunscreen. I figured I lived in Texas for fifteen years and I don’t normally burn so I didn’t need to slather it on. Hindsight revealed living in Oregon for 2 years was enough time for my skin to turn pasty white effectively making it sensitive to the Hawaii sun.  I did not apply enough sunscreen and got the worst sunburn EVER.  I was miserable for a week easy.  Being so burned made sleeping difficult. I had to take Oatmeal baths several nights in a row and by the time it went away there was only three days of vacation left. I was in paradise and I did not want to spend anymore time in the sun.

Maui is a small island and I did the typical touristy things.  Whale watching, snorkeling, Lunch in Lahaina where the Banyan Tree is,  Polipoli Spring State Recreation Area for disc golf, watching the fire dancers on Little Beach, the Road to Hana where we camped at the end to visit the Seven Sacred Pools. 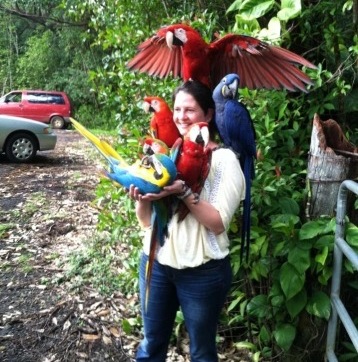 My life changing realization happened the night we went camping, when we were at the end of the Road to Hana.  We decided to stay so we could explore the Seven Sacred Pools in the morning. I am an early riser, waking up between 4:30a.m. to 6:30a.m. Pacific Standard Time.  Since there was a two hour time difference between Oregon and Hawaii at the time, I was up way too early.  Wide awake at 3:30 in the morning.  My friends were on Hawaii time and liked to sleep late. I would be up a full seven hours before they would rise.  What was I going to do with myself? I layed there for a bout an hour before I got up and went to explore. I knew I couldn’t go too far on the off chance my friends woke up early.  My exploration led me to discover a beautiful waterfall.  I spent some time here taking a bunch of selfies.  At some point, a small group of people came into the area.  They asked if I was alone.  That is when it occurred to me! Even though technically I was with other people, in reality I was alone. Being alone isn’t the same as being lonely.  I was just hyper aware of my aloneness. 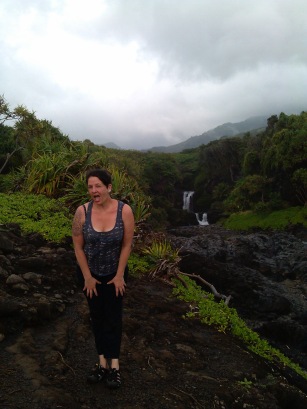 Aren’t we always alone I replied? ( Lightbulb moment) I mean we are born alone, we die alone and the time in between we walk the path of our lives alone.  Here I was on this beautiful island for vacation, I had come to meet a friend and spend time with her but she was busy working and being with her boyfriend.  Technically I was with people. In reality I was alone.  I was on my own, even when they were around.

I could tell you many stories where I have found myself in a similar position.  It wasn’t always easy to be there.  Now I don’t mind.  I frequently choose it.  I also look forward to having it all my way since there isn’t anyone else to take into consideration.  Who doesn’t love that?

One of my favorite sayings is an African saying.

I would like nothing more than to go far in life so until friends show up and stick around and until friends commit to joining me, you can find me on some adventure by myself having a great time ❤