I only joined Twitter to talk smack to President Trump. I can’t stand him. He is harmful to our nation. He is harming our nations standing in the world. He is harmful to the lives of women, children, immigrants/brown people, and anyone who isn’t rich. I could shout at him daily. I was good about it at first and then I stopped paying attention since it’s guaranteed that he says crazy things every day and I want to spend my time doing other things.

I was informed a couple of days ago by a very kind stranger that the guest that required kicking out (Albert) had turned to Twitter to bash me and I didn’t deserve it.

Albert claimed to be a famous Russian blogger that was going to destroy me. He actually ignored my request for non communication and continued to send me messages gaining momentum in aggressive language. I feel harassed. You can only call me a Cunt on Twitter so many times before I have something to say. He has great reviews on Airbnb. That guy didn’t show up to my house to stay. I think we see his true colors on Twitter.

The research has shown the following tweets.

and so it begins.

After getting kicked out, he went to the Inner SE which is close to a homeless shelter and dive bars.

He sent a message saying he was landing at 11:00p.m. My mistake in thinking he would come straight here to check in around 11:30p.m. or midnight. My check in window ends at 10:00p.m so I was already doing him a favor.

He didn’t read the details in the listing because it clearly states where the space is located. 5 Top Things Airbnb Guests Should Do

and there are lots of signs around for good communication, including an chalk board arrow in the hallway pointing in the direction of the guest room (which is what I wrote on the arrow sign) Airbnb Observation: I’ve decided if you do not like these signs then you do not like communication.

I give everyone a fresh start. Fresh sheets, dust, trash, clean mirror, and a 420 kit along with a personalized name on a chalkboard for your room. 3 Top Things Airbnb Hosts Should Do

Drunk Guests are the Worst!

He doesn’t remember. I came downstairs to see what was happening, I noticed he just arrived since he still had his shoes and was drunk I felt compelled to make sure he knew where the bathroom was and where to get water. I don’t need another guest “accidentally” trying to come in my room while “looking” for the bathroom when the listing states in 2 places the bathroom is downstairs and the bedrooms make up the entire upstairs of the place.

Airbnb Lesson for the week: If you lie about reading the house rules, show up and violate them, then your stay with me will come to an end.

After giving a mini tour, I tried to go back upstairs to go to bed. I had to be to work early and it is hard to go back to sleep when you wake up too much. He had questions though. Where could he smoke a cigarette? Smoking is not allowed on my property. He made faces and said – I can’t go out front? No. I can’t go out back? No. I reminded him that is states in the house rules (that he agreed to) He said he didn’t see that and gets out his phone to argue about it. I am grumpy from being rudely awoken and know he wants to argue. I shut down the conversation and say we can pick it up in the morning if there are still questions.

This guy is killing me. Like it says in the house rules, the house is 420 friendly for guests since public consumption is illegal. I guess you lied about reading the house rules since you can’t seem to find them.

I don’t argue with drunk people. Once I could smell the alcohol on his breath. I stopped the conversation and said we could pick it up in the morning.

so the drunk guy thinks he is going to take action before I do. He sure talks a big game for someone who didn’t do a thing but complain on Twitter.

Before I went back to bed at 3:00a.m. I sent some messaging through Airbnb to document the situation. see messages here

at one point, I asked him to stop messaging and when he wouldn’t respect my request and wasn’t making sense or responding in an appropriate manner to the things being said, I knew I was going to have to have him leave. 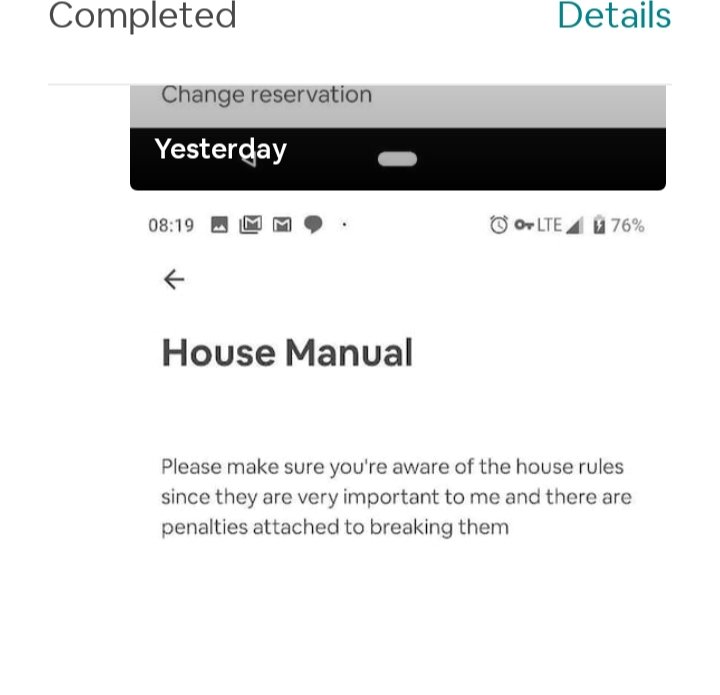 I called Airbnb first thing the next morning. They tried to call Albert but he didn’t answer. I had to go in the room with my phone. A case manager was going to tell him it was time to vacate the premise. Instead of keeping all his money, I would let them change his reservation to just one night.

How does he think Airbnb will be on his side when they already told him he was wrong and had to leave?!?!

They already sided with me.

He sure tweets a lot. I told the case manager I did not wish to pursue the penalty fee. I wanted to be done with him as fast as possible so I made it easy and let it all go. Look at him trying to be all big and egotastic……

Did he get that refund he was demanding? Nope!

He is trying to change his story and they are holding him to the agreed upon modification. 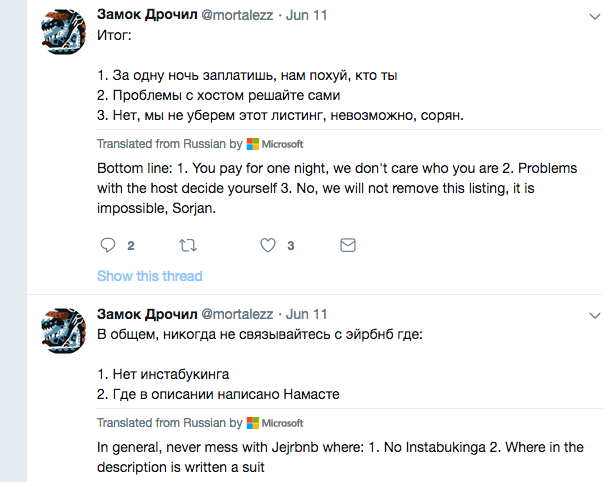 He didn’t get his way and now he is whining away.

I have worked hard for my Superhost status and he doesn’t have the power to take that away.

I have reported these messages to Airbnb.

Actions speak louder than words. For the record: I have an Android phone not an iPhone. Get the facts straight.

I got it, he thinks that he can take advantage of my Super host status and their wouldn’t be consequences to his rude behavior.

I can’t take it anymore and finally I say something.

My favorite part is where he says Airbnb is not on my side this morning when he is at a crappy motel. He was asked to leave my residence. He did not get a full refund. He got his Airbnb privileges suspended. He has already complained about the situation. Which part do you think is confusing to him?

I have a lot of gratitude out there for a particular person who gave me a heads up this Twitter bashing was happening. It should give everyone concern that someone can get your information legitimately and then take it to another platform where they intend to do you harm. Put enough information out there that strangers can identify you. I have an angel watching my back! I also am tired of being called a Cunt and the lies he is telling. He wants to sit back and act all big and bad and tell his followers a bunch of stuff that isn’t true. So I am here to give my side to the story and provide evidence along the way.

Twitter banter leads to a resolution..stay tuned for part 3 – meeting with the Russian.